in Blog Article 0 comments tags: 2018 Photographer Of The Year

Thoughts from our 2018 Photographer of the Year 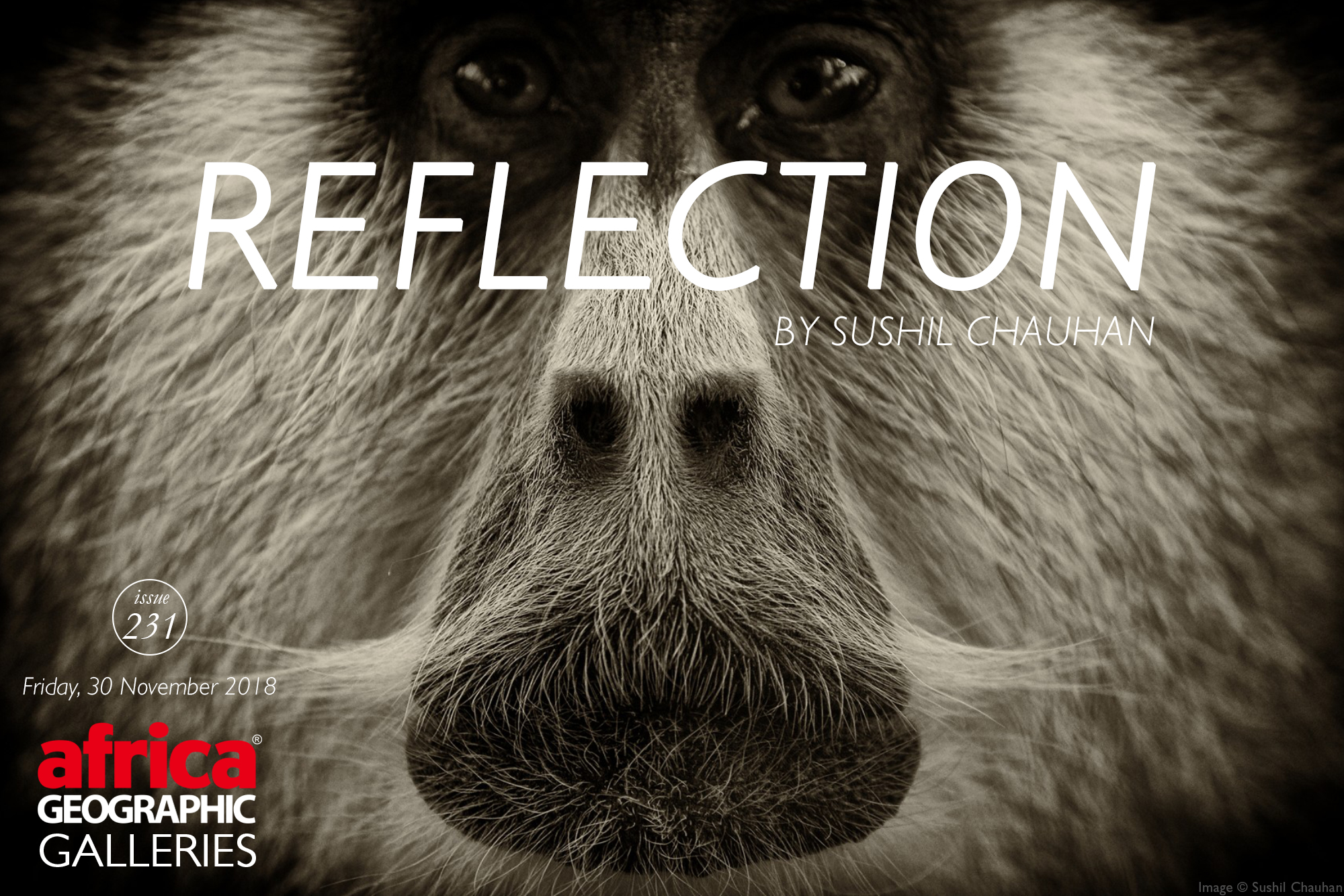 Thoughts from our 2018 Photographer of the Year

With over 25,593 entries received for our Photographer of the Year 2018 competition, our judges had a tough time deciding on our overall winner. However, one photo stood out among the thousands, and it spoke to the judges on all levels.

Sushil Chauhan’s photo of a Rüppell’s vulture portrayed vultures for what they are – majestic and regal birds that deserve our respect. The photo was a sensitive representation of one of Africa’s most threatened birds and was a refreshing change from the stereotypical vulture image of bloodied hoodlums fighting for scraps of meat.

“June 1st in Kenya is a public holiday – Madaraka Day – and I was lounging with the family after a very late breakfast when my phone beeped with a message to an email notification. I opened my inbox to find an email from Africa Geographic announcing the winners for the competition. To my very surprise I saw my name listed first as the overall winner!

“I was in utter shock and disbelief! I showed the email to the family members and the celebrations started immediately! The phone started buzzing with congratulatory messages from friends and followers from social media platforms. I was so overwhelmed and it took me over a week to fathom that this was real and not a dream! 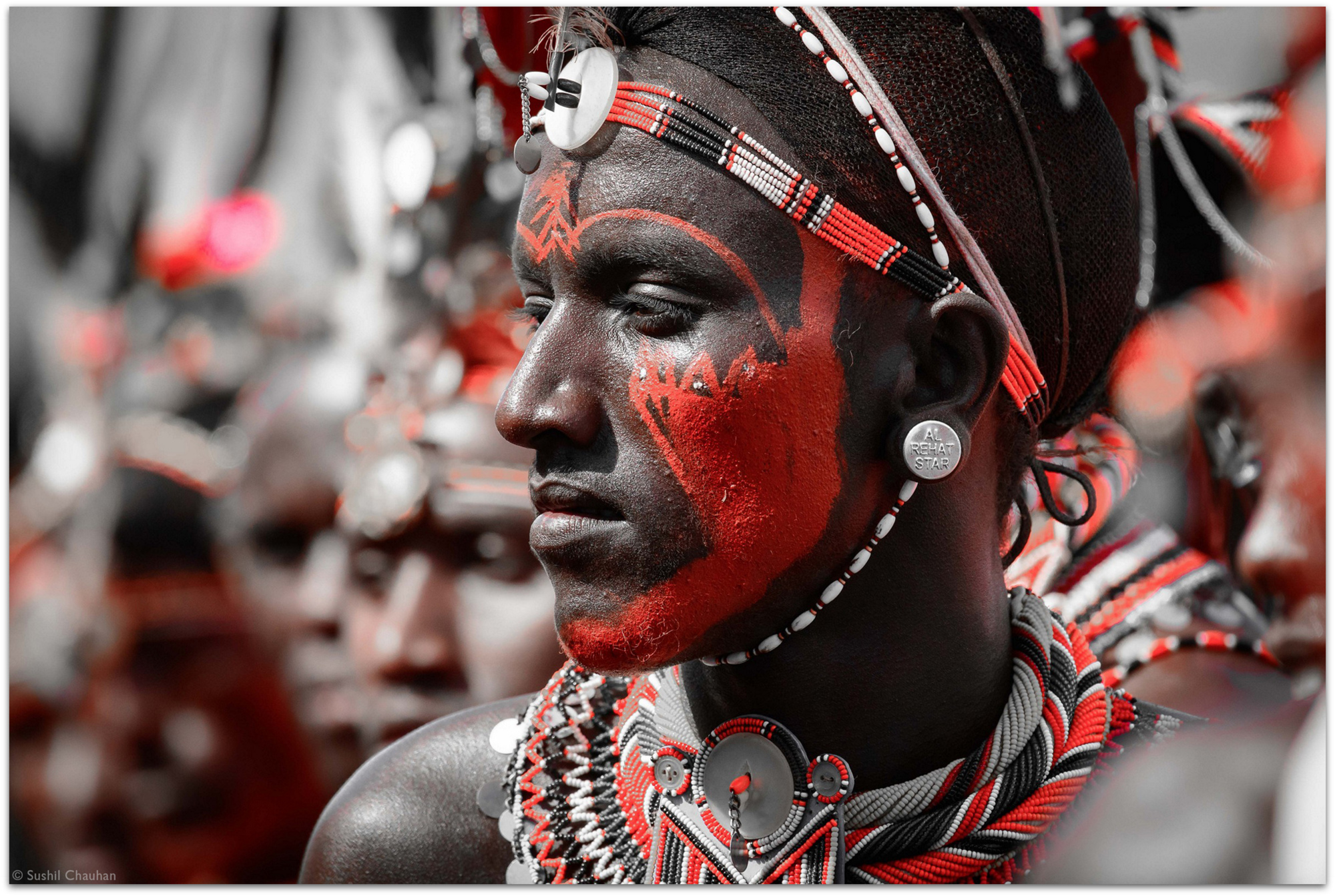 A Samburu man is painted with red ochre and animal fat in preparation of a Warrior Graduation ceremony at Lake Turkana, Kenya © Sushil Chauhan

“I have been following this competition from its inception and just love all the images celebrating this fabulous continent and its natural beauty. The weekly galleries leave me in awe every time with the diversity and talent the photographers portrayed. Every photo captured was a moment frozen in time, showcasing the subject with immense splendour. 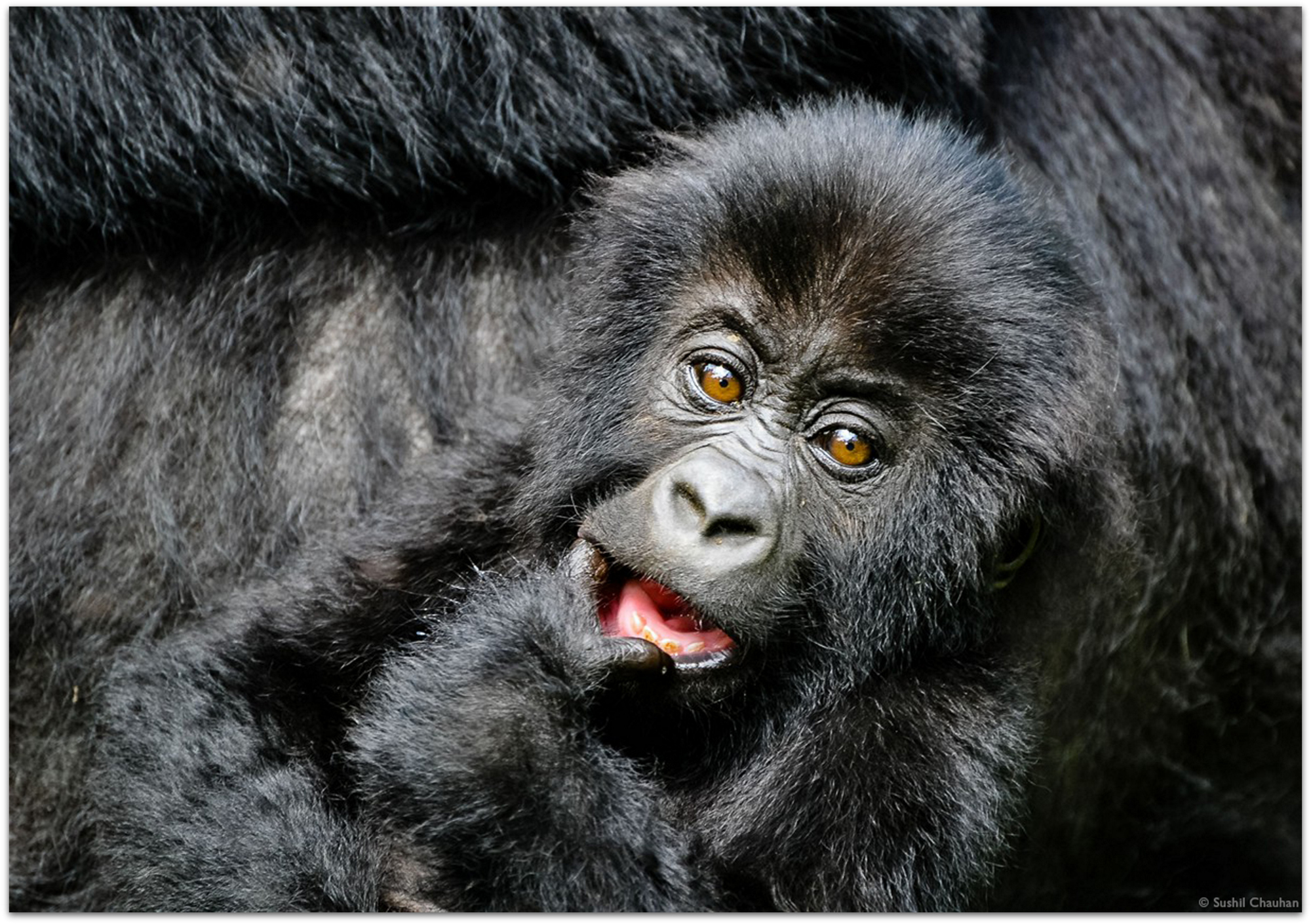 “Since childhood, I have had a deep love for all flora and fauna, and a lust for travel to all the wild places that are home to these marvellous creatures. When I was 18 my grandfather gave me his Pentax Asahi SLR camera. He taught me the basics when analogue was the system. It was also expensive and left little room for experiments and creativity. I was later introduced to the digital world and bought my first DSLR in 2007.

“I still miss analogue, especially colour slide film and currently I am using Nikon equipment. In 2011 I started a Facebook page called Photography for Conservation in the hopes of using my images to create a sense of appreciation and connection with wildlife, and in addition so that they can be used as a tool on the conservation front. 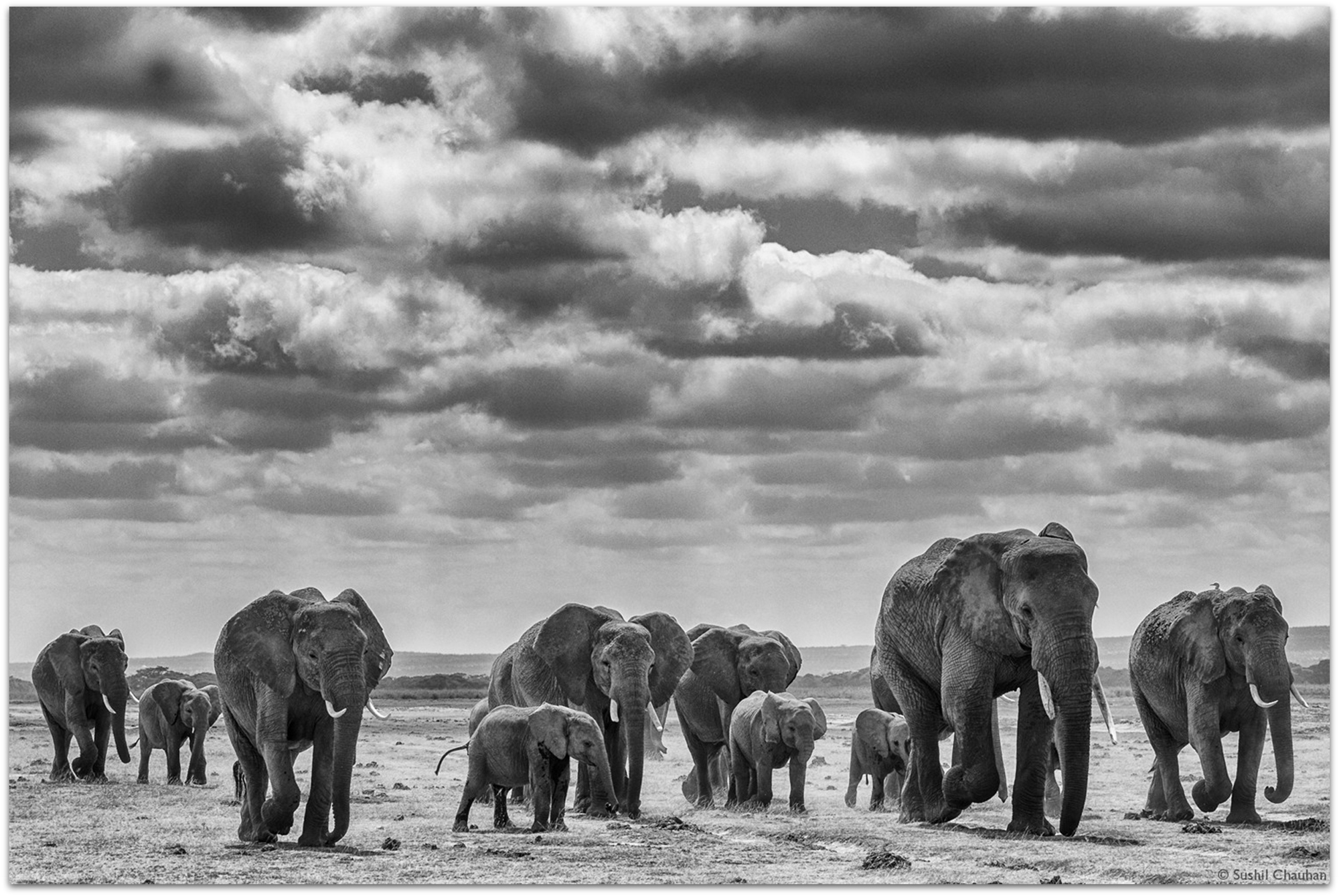 Amboseli National Park in Kenya is famous for  Mount Kilimanjaro, large herds of elephants and its volcanic dust. This herd was walking past our vehicle heading to the swamps in the mid-morning © Sushil Chauhan

“I want my images to create awareness about wild places, whilst also giving back. Sadly today I see that many photographers are fuelled by ego and pressures of social media to see how many ‘likes’ they can get for their images. In my opinion, this desire for acceptance adulterates art and ethical photography . 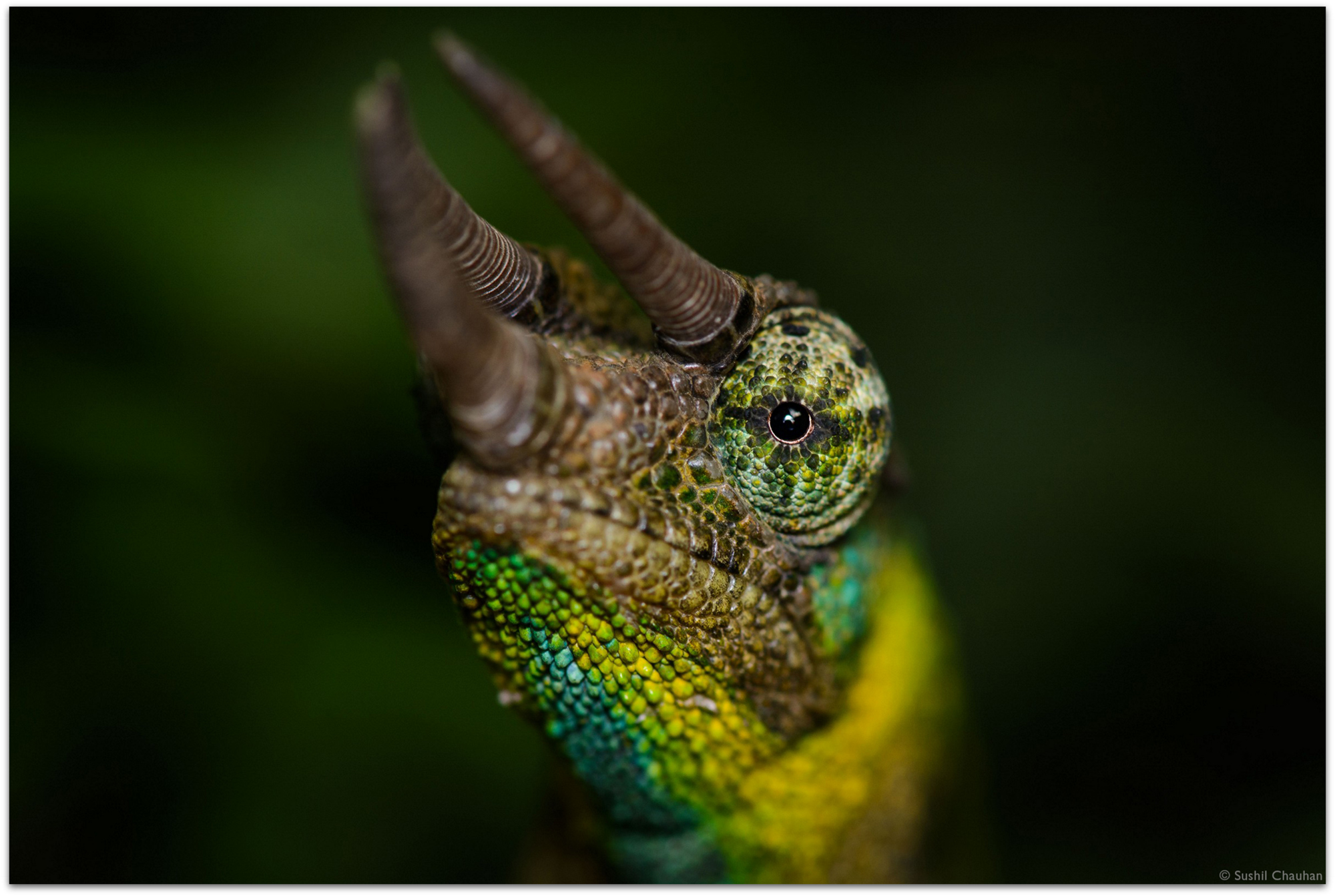 “I am fortunate to have a garden with a wide variety of wildlife visiting, as the seasons wax and wane. This stunning Jackson’s chameleon made my afternoon when I observed him catch a fly with his tongue, mate with a female on the fence, and then pose for this portrait. 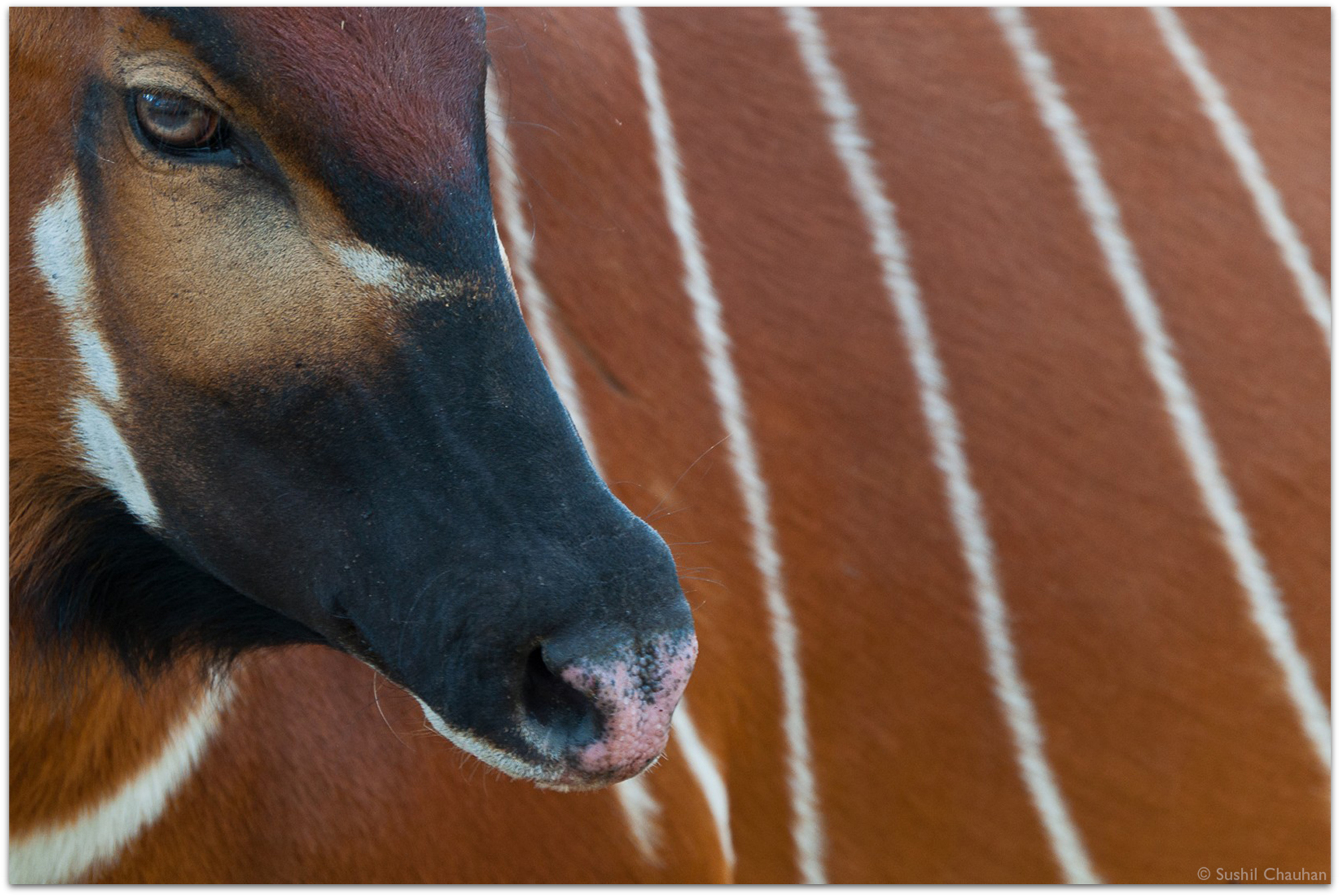 “The bongo is Africa’s largest forest antelope and has a ‘Near Threatened’ status according to the IUCN, with a population of less than 250 individuals in Kenya’s Mount Kenya region, Eburru and Mau forests. 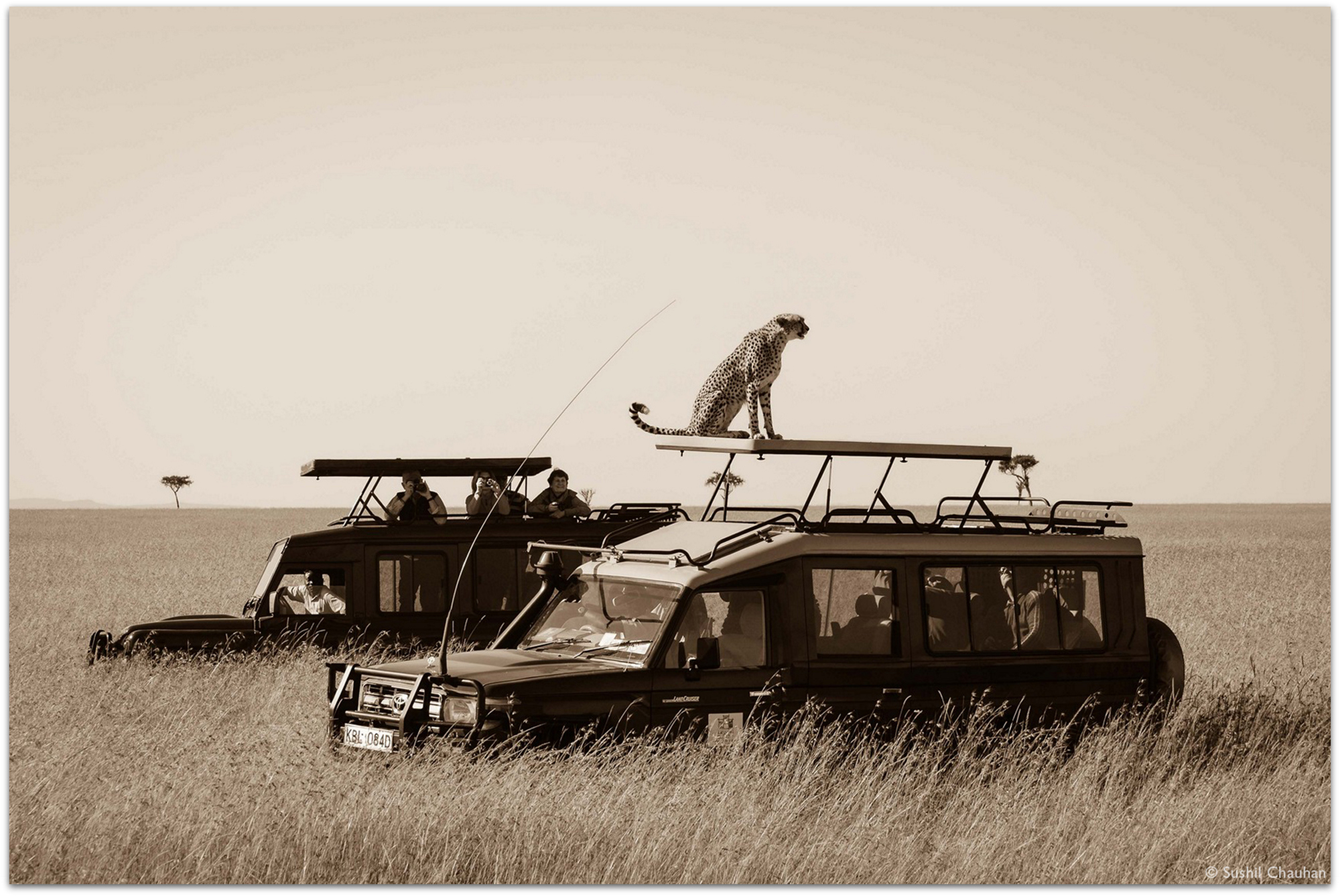 “This is the late Malaika (‘angel’ in Kiswahili), probably the most famous and most photographed cheetah in the world. She was always on everyone’s bucket list on a game drive in the Mara. Like her mother Kike –a cheetah who featured in BBC’s Big Cat Diaries – she is famous for her car-jumping behaviour. 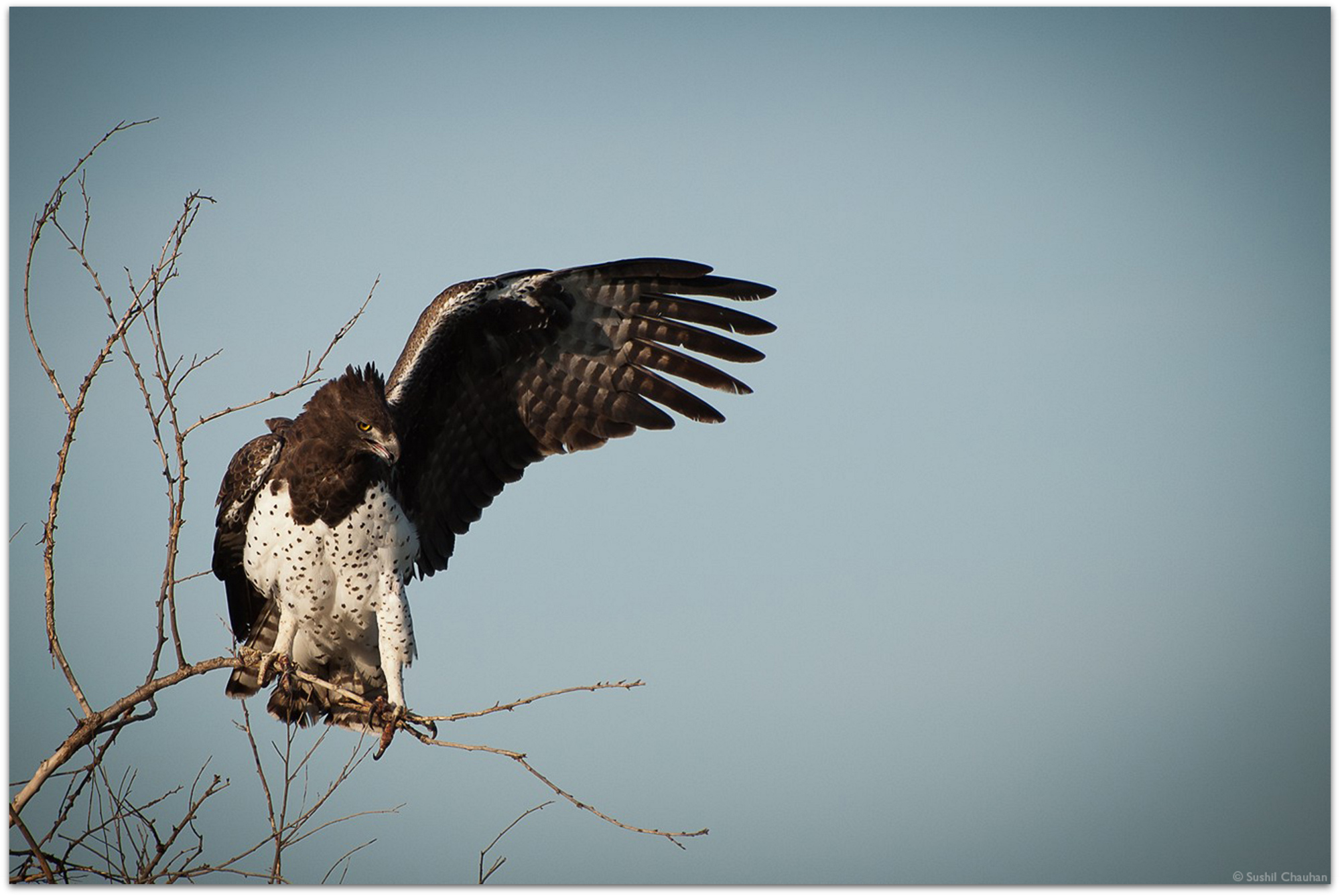 “This commanding martial eagle showed me where to find lions on a morning game drive. We were looking for a pride of lions seen earlier that morning when we stumbled upon this stunning raptor enjoying the morning sun and stretching its wings, and I would like to believe it was showing us the way to the cats. 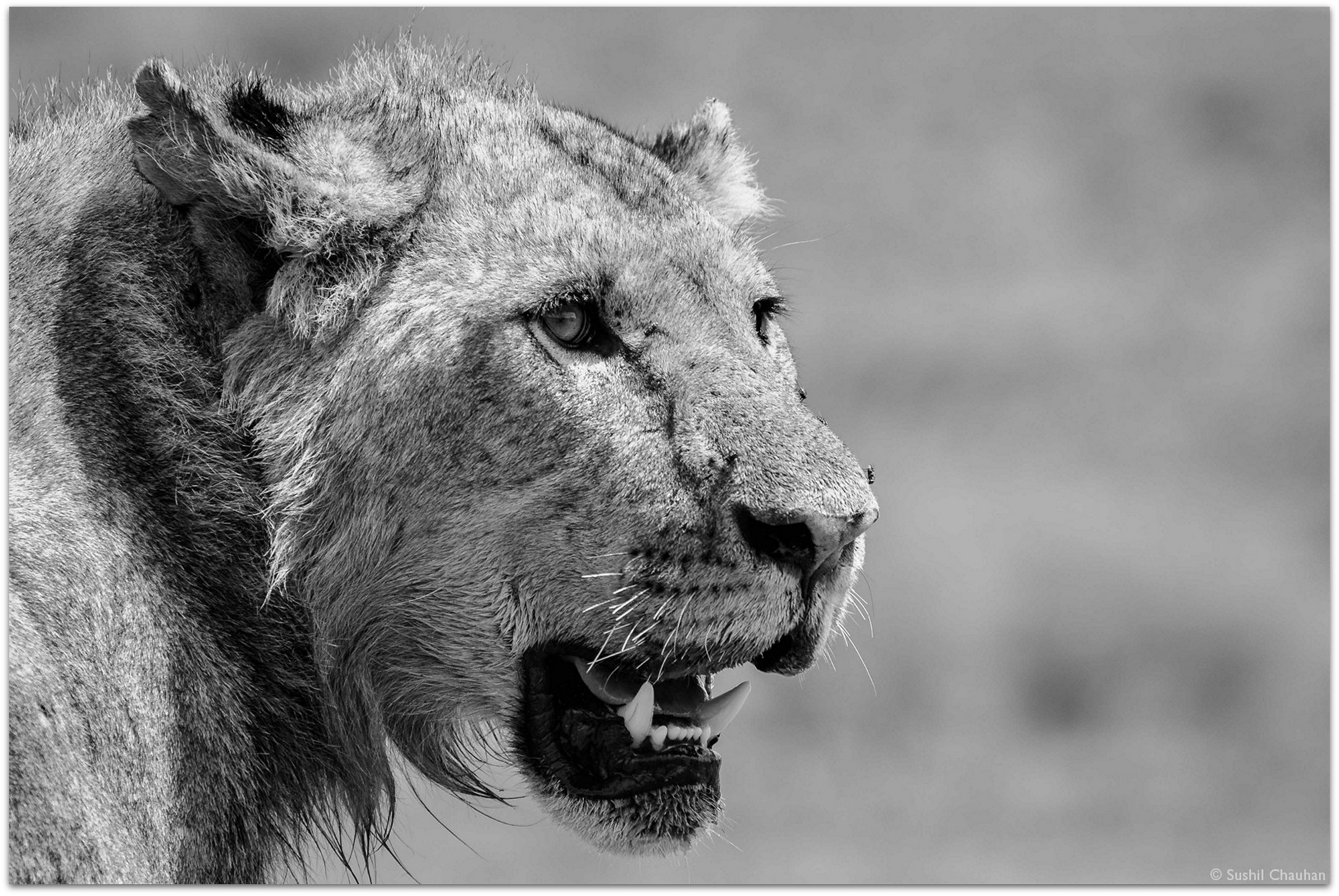 “This young male looks at his father in the distance who had just killed a warthog and was selfishly feeding on it. The pressures of being a male lion coming into his prime are immense. 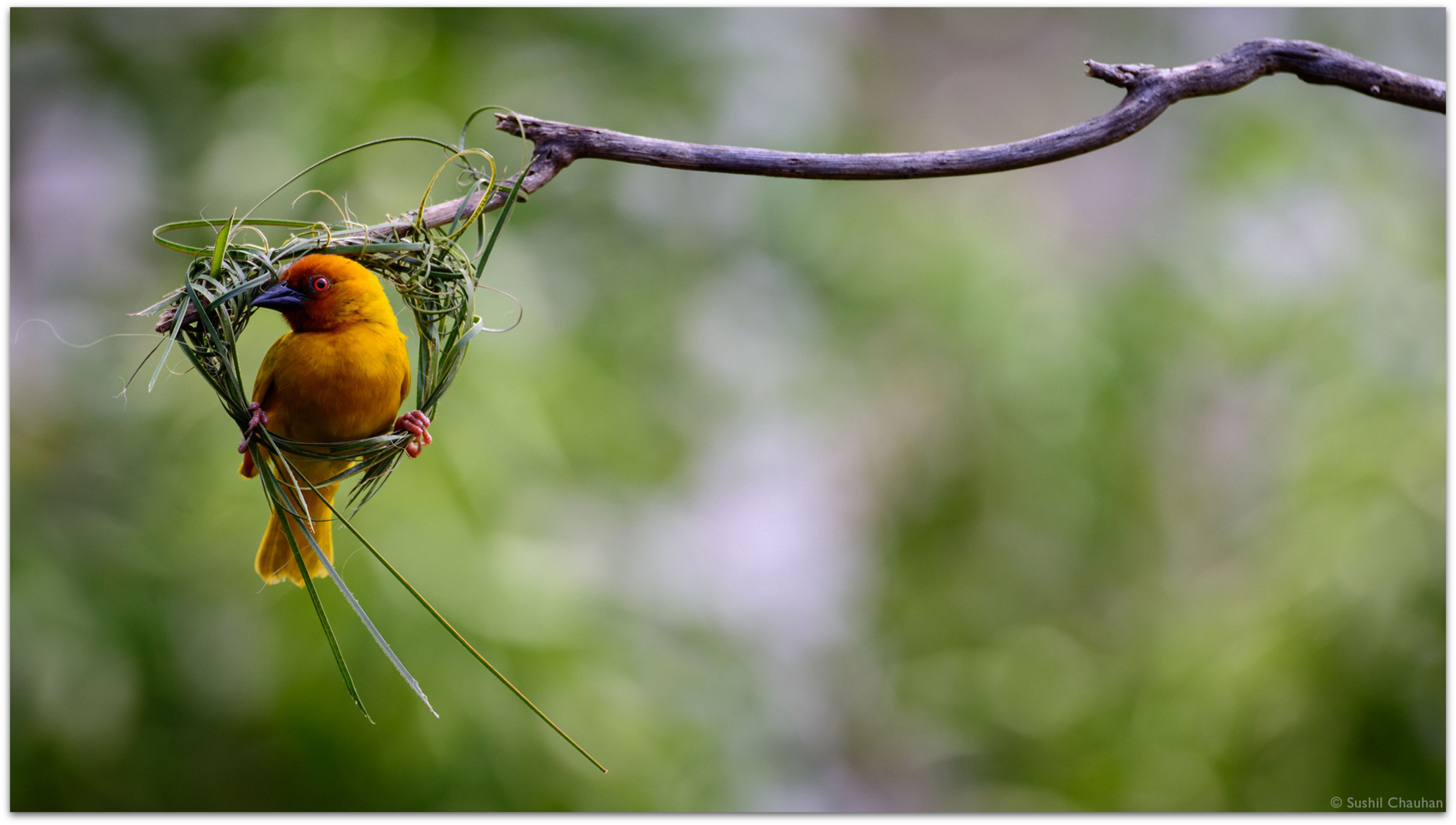 This dazzling male golden palm weaver was in the process of building this nest which he will, once finished, show off to attract a potential mate. 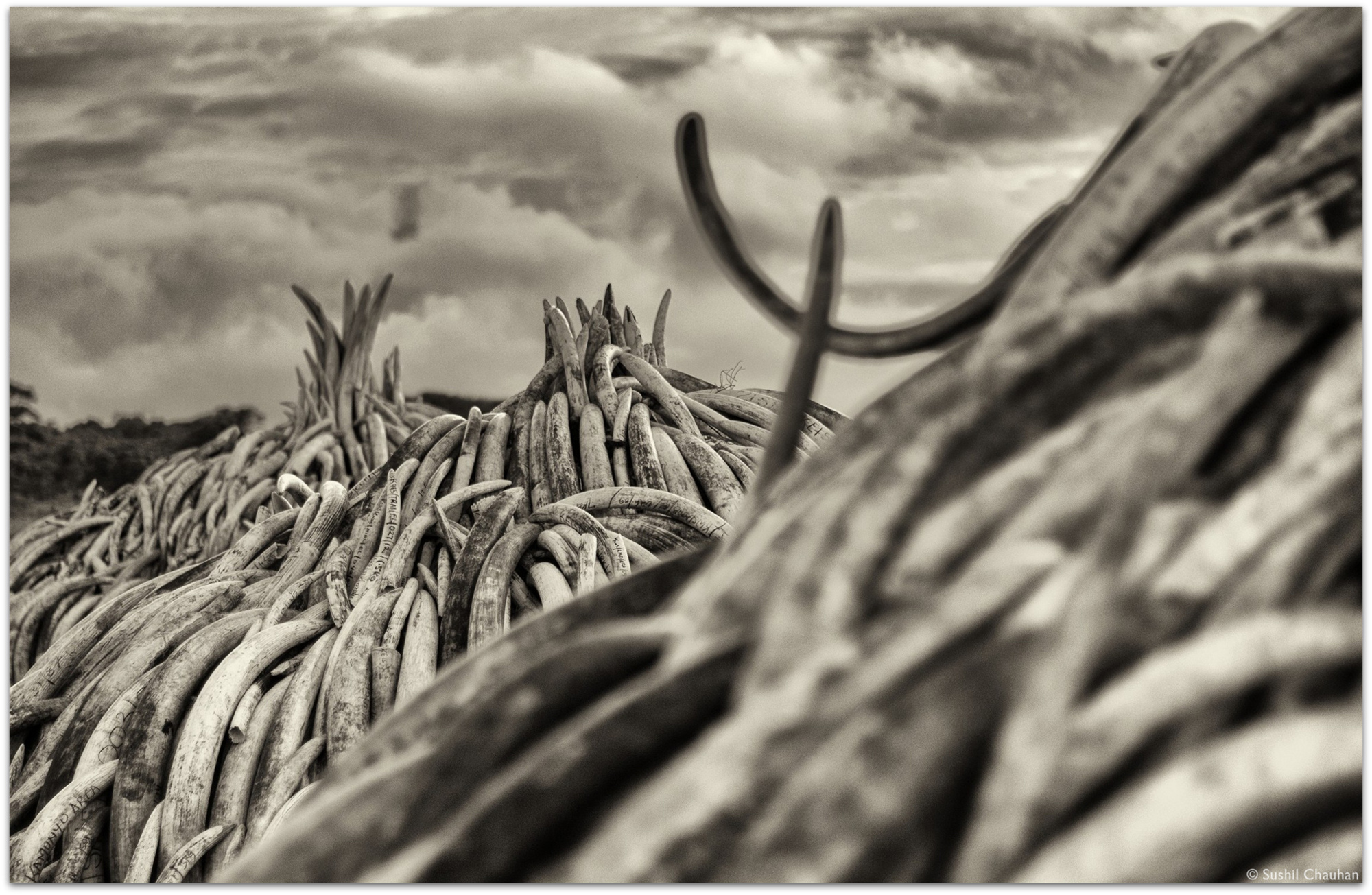 “I was recovering from an accident when I heard that the largest stock pile of ivory, horns and animals trophies was going up in flames in Nairobi National Park. Armed with my crutches and camera I went to see this scene of horror. I was traumatised by the sight and smell – this was not how I wanted to see, or remember, elephants. 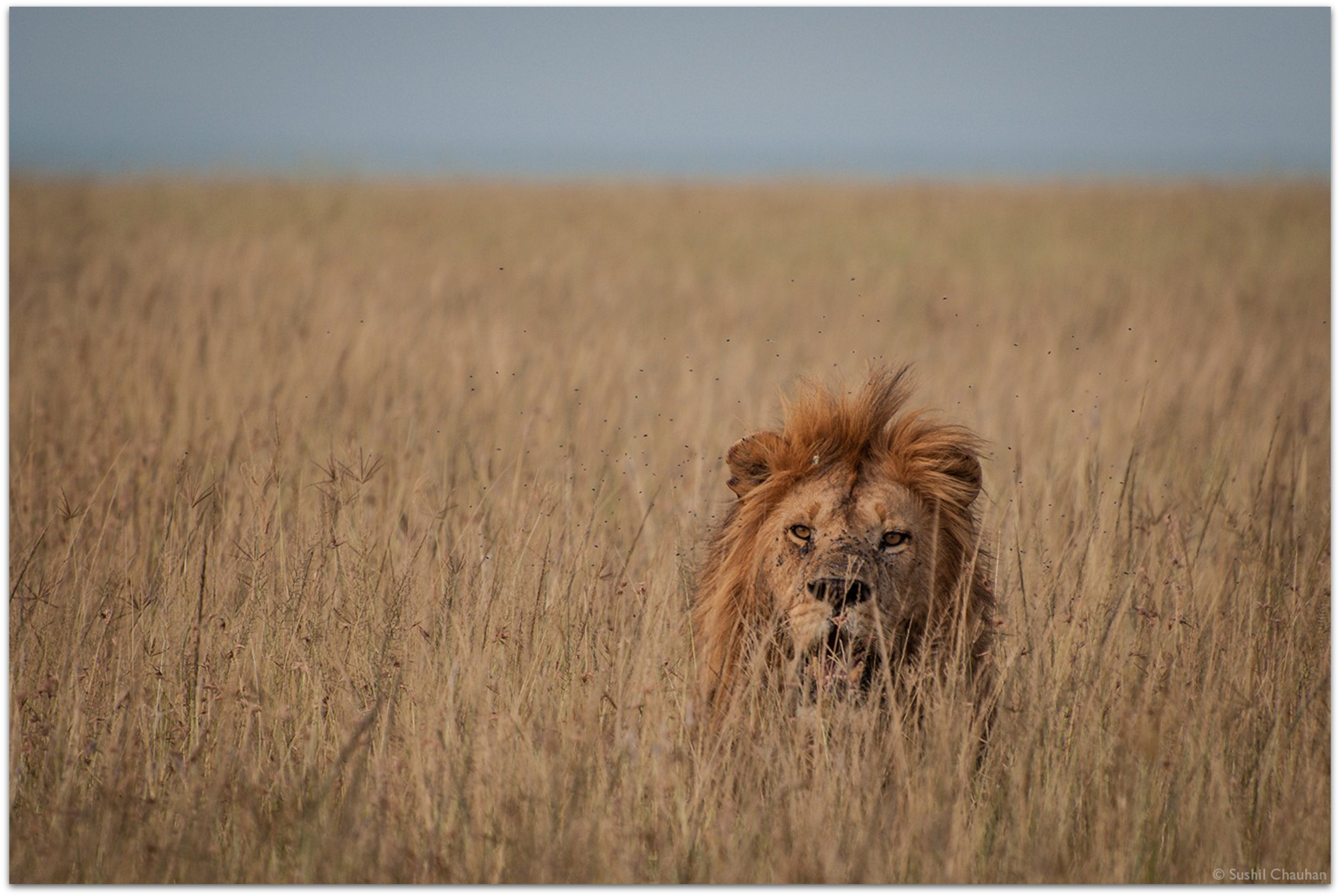 “This gorgeous male was part of the Notch coalition that we found during an evening game drive. This coalition was a formidable force and regularly killed hippo. 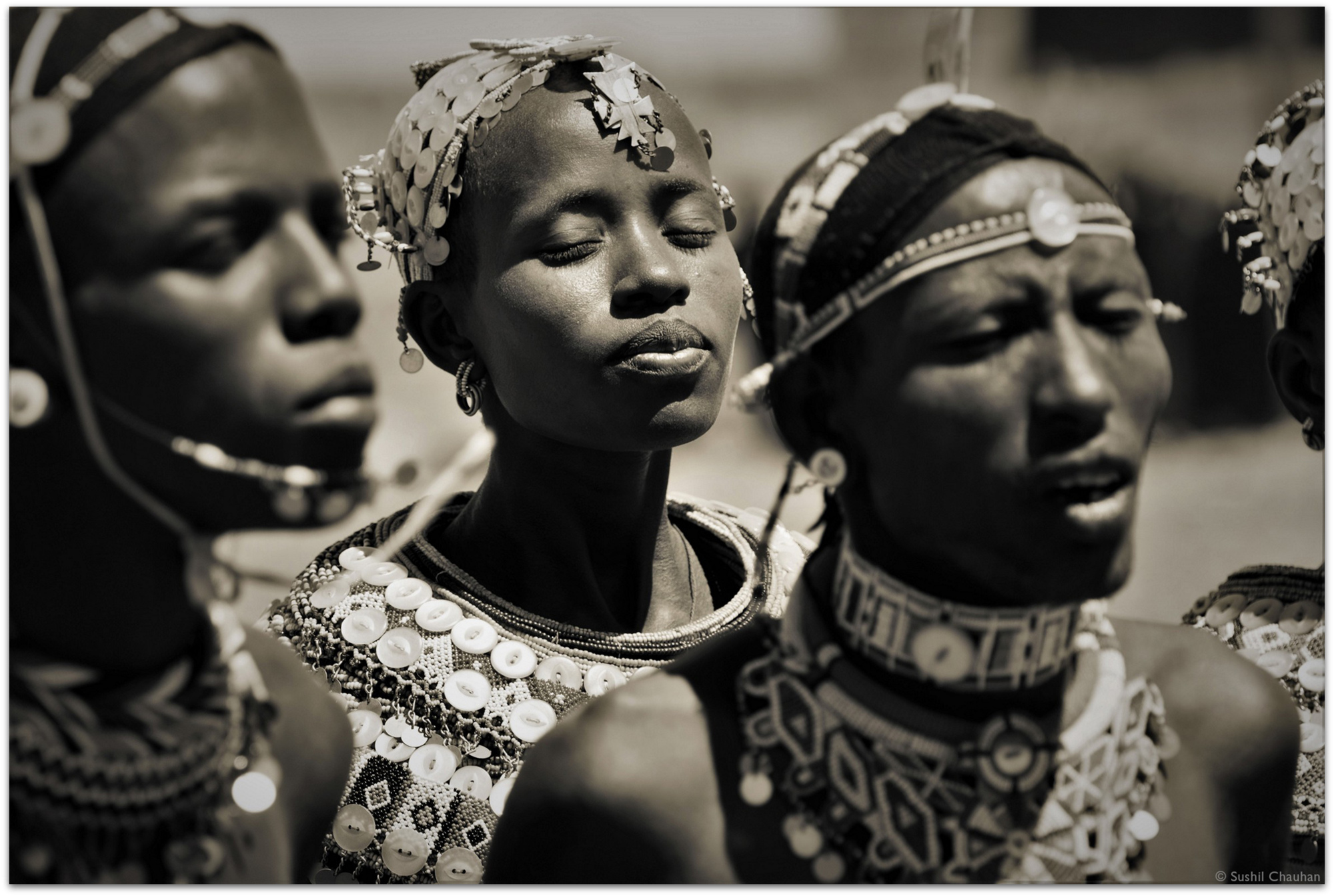 “Kenya is home to 43 distinct tribes. On a visit to one of the tribe’s villages, I saw this beautiful Samburu woman seemingly lost in a spell as the hypnotic hymns were sung. 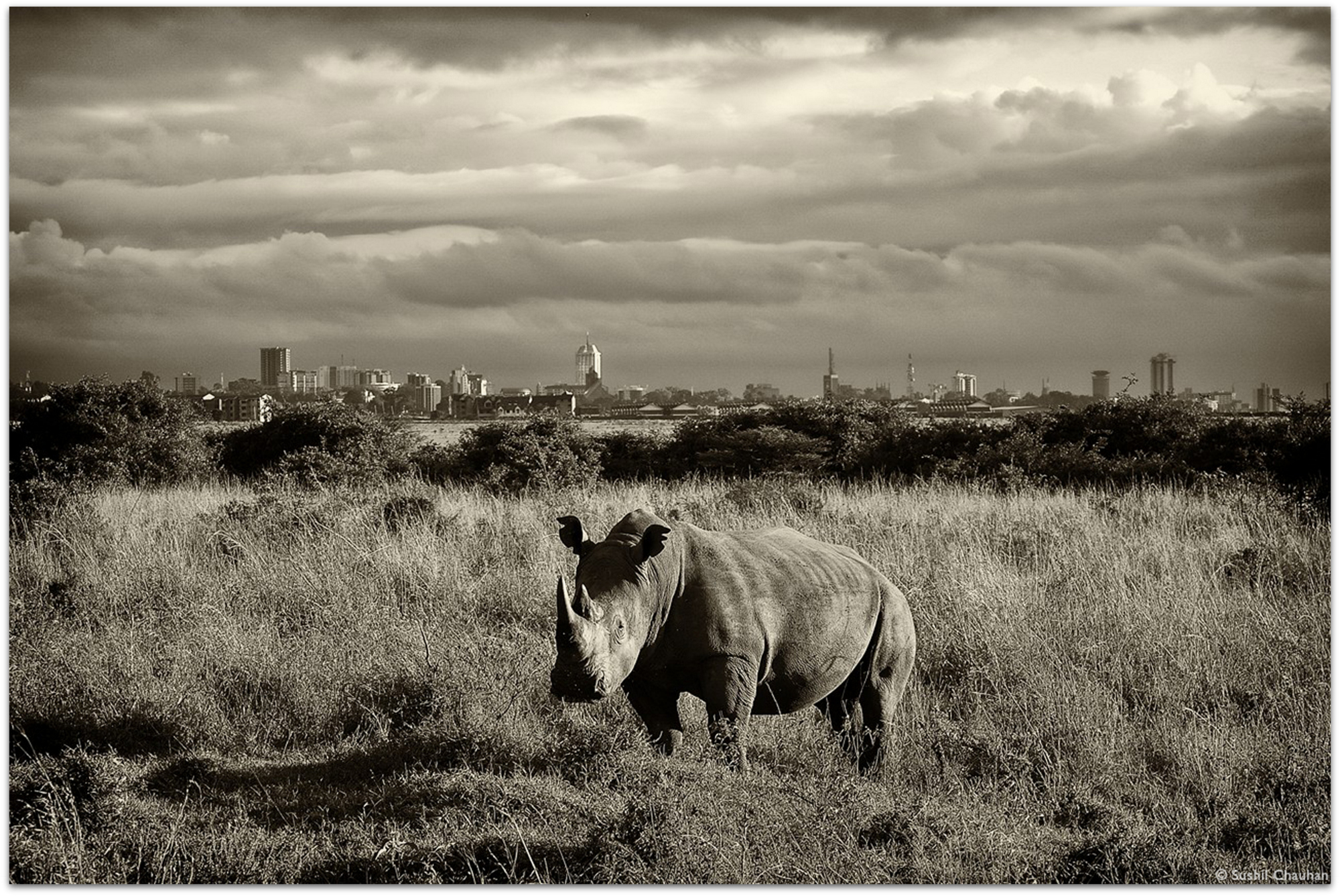 “Nairobi National Park is not only the gem of the country, but also the only national park located in a capital city. The park boasts the Big 4, there being no elephants. This park is very close to my heart as I have grown up visiting it since my childhood. Sadly it is facing many threats from urbanisation, with the railway passing though it, and increased cases of human-wildlife conflict. 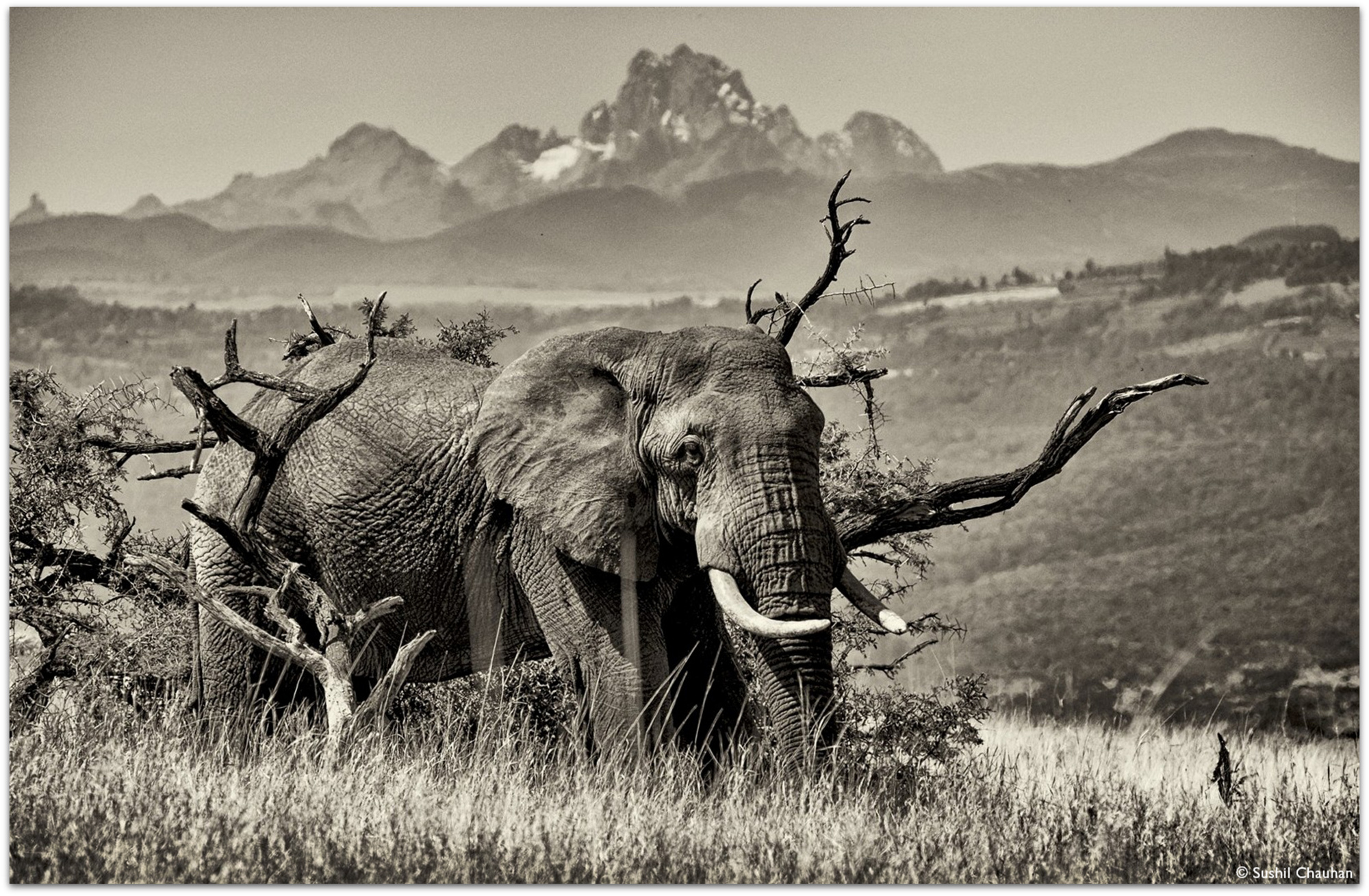 “Laikipia is famous for its open spaces and wildlife. I was lucky to see this magnificent bull taking a rest by a dead tree, with the famous Mount Kenya in the background.

The Maasai Mara is known not only for its big cats but also for its wide, open spaces and dramatic skies © Sushil Chauhan

“All in all I feel very fortunate to win this award, joining every photographer who loves and celebrates Africa. I can’t thank Africa Geographic and its team for their great work and the passion they have for this amazing continent. I would like to congratulate the other winners and finalists, including everyone who took the courage to take part – everyone is a winner! Just know that someone somewhere has been touched by your image and the magic that is Africa. Asante sana.” – Sushil Chauhan. 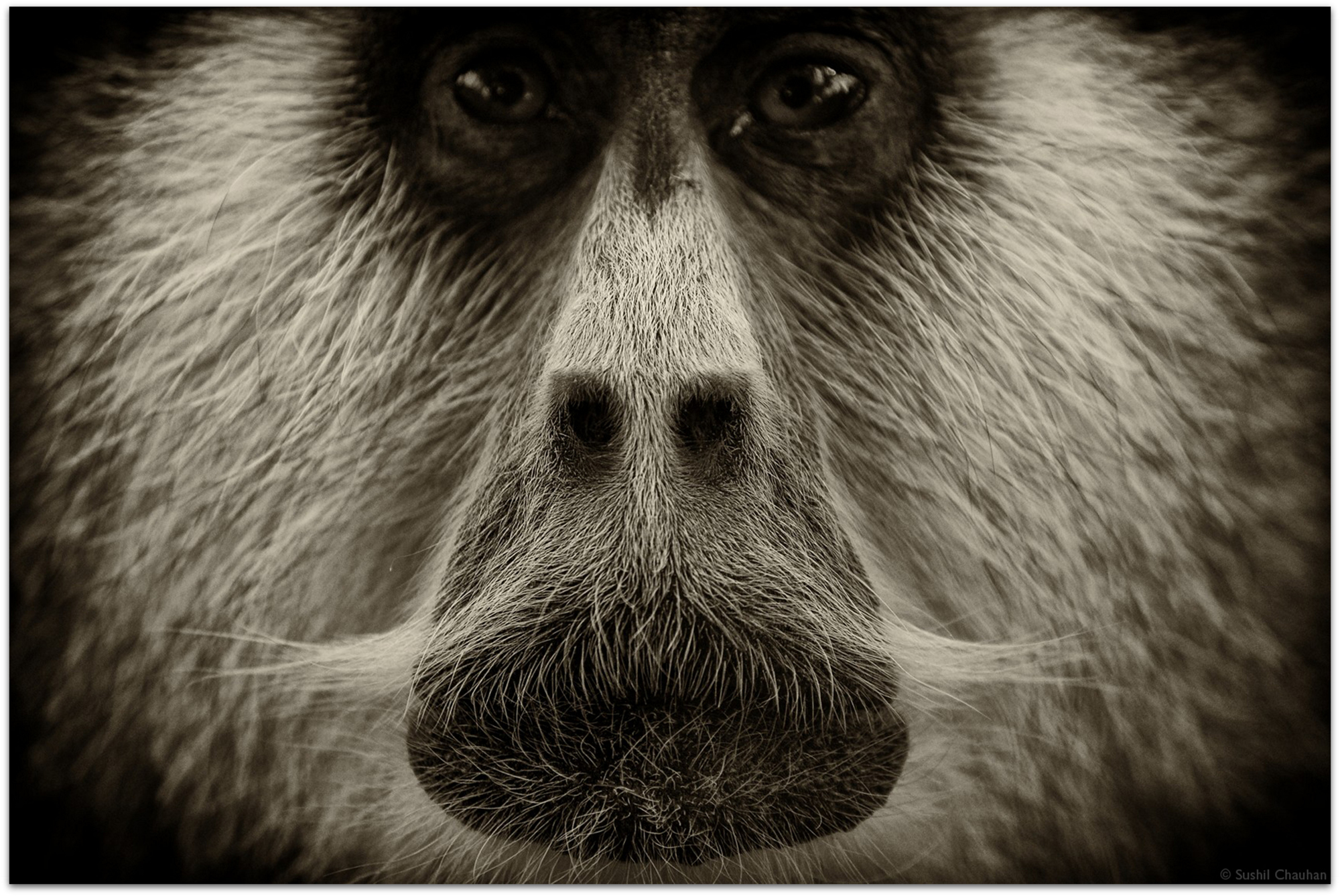 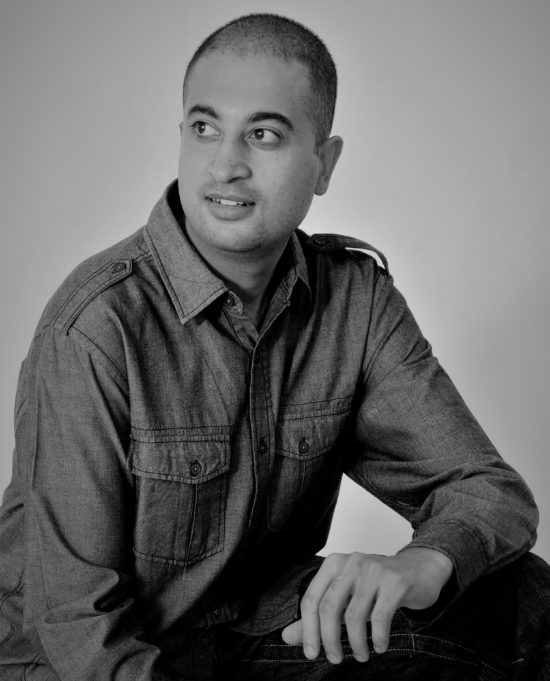 I am a Kenyan wildlife enthusiast, nature lover and keen photographer. Trained professionally as a safari consultant and guide, my deepest passion has always been to work with wildlife and travel the world. My goal is to take photographs that create awareness about wildlife, conservation and wilderness areas.

About the Author: Sushil Chauhan